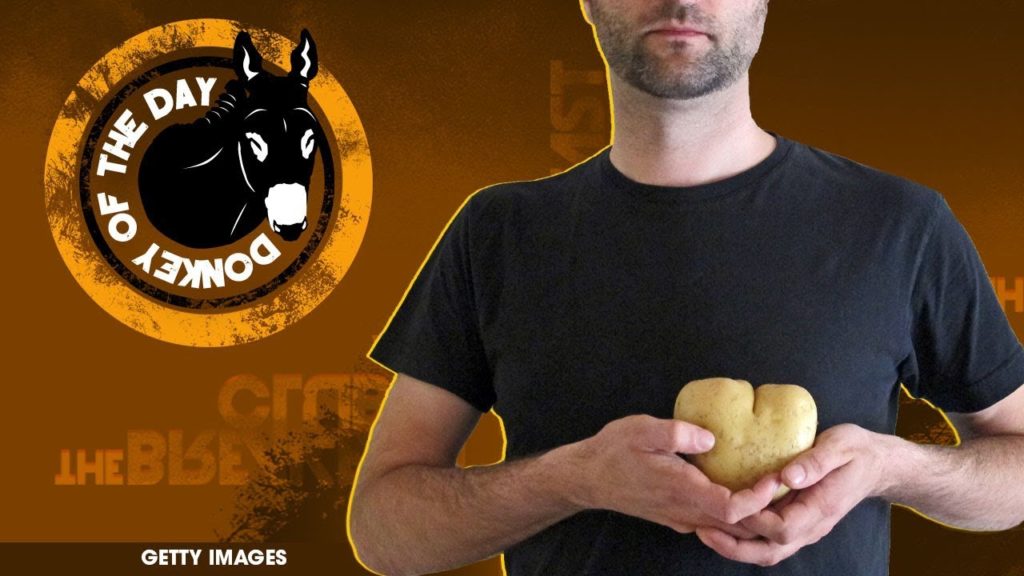 Potatoes only belong in one human hole.

Doctors are starting to get very concerned about people who subscribe to a dangerous home remedy touted on numerous websites, which involves inserting a potato into the rectum.

Credible medical professionals are emphasizing that this will not, in fact, help with hemorrhoids (also known as piles).

“There is no medical evidence that putting frozen potatoes inside the anus can help cure piles, so I would urge caution to anyone thinking of doing it,” Dr. Diana Gall tells Wales Online, noting that those suffering from the condition can attempt to treat it at home in a number of ways — but sticking frozen spuds up their butt is not one of them.

She doesn’t go into detail on the possible consequences of the at-home remedy, but one would think there are enough cautionary tales to discourage such efforts.

“Piles often go away on their own after a few days, but there are some tried and trusted ways to keep them at bay,” she says. “You should drink plenty of fluids and maintain a fiber-rich diet and try having regular warm baths to ease itching and pain.”

If home treatments don’t work, she adds, those with hemorrhoids should go to the doctor — and not begin prescribing to increasingly outlandish cures instead, out of embarrassment.

“Piles can be an irritating condition and sufferers are sometimes too embarrassed to seek professional helping, turning to old wives’ tales instead,” she says.

The advice stems from the fact that potatoes have an astringent property, which in theory can serve to constrict bodily tissue — but is in this case ineffective.

“Strange as it sounds . . . a poultice made from grated potato is astringent and soothing,” one site advises.

“Insert the frozen potato slice in your anus and leave it inside for 30 seconds,” another site quoted by the outlet read. “Repeat the process for three to five days. The next three to five days leave the slice inside for 30 seconds more each time. The potatoes have astringent properties and help relieve the pain and itchy sensation which usually happens with this condition, while the ice cold potato constricts the blood vessels, reduces the swelling and relieves your pain instantly.”

This isn’t the first time doctors have needed to beg people not to insert food into a non-mouth orifice. Over the summer, some British women needed a reminder that inserting ice pops into the vagina does not help cool off.