In a year rife with trauma and hardship, protecting your mental health has become paramount. Today (5.28.2020), rapper MH The Verb rounds out Mental Health Awareness Month with the release of the official self-directed music video for his timely, self-care anthem "Ma Rainey".

"'Ma Rainey' is my reflection on my own personal battles with anxiety, depression, and panic attacks. I wrote the poem, as an attempt to empower myself through music, find balance, and explain my occasional mood swings and reclusive behavior to loved ones. I used the excerpt voice messages as a metaphoric reminder that even while we 'disconnect' from time to time, it's important to tap into the positive vibes of those reaching out to us with love and opportunity. To keep myself busy during these uncertain times, I decided to put together this visual for the song, which features footage of happier times: my 2019 pop-up art installation at Alto Gallery in Denver and my trip to the National Museum of African American History and Culture in DC." -MH The Verb 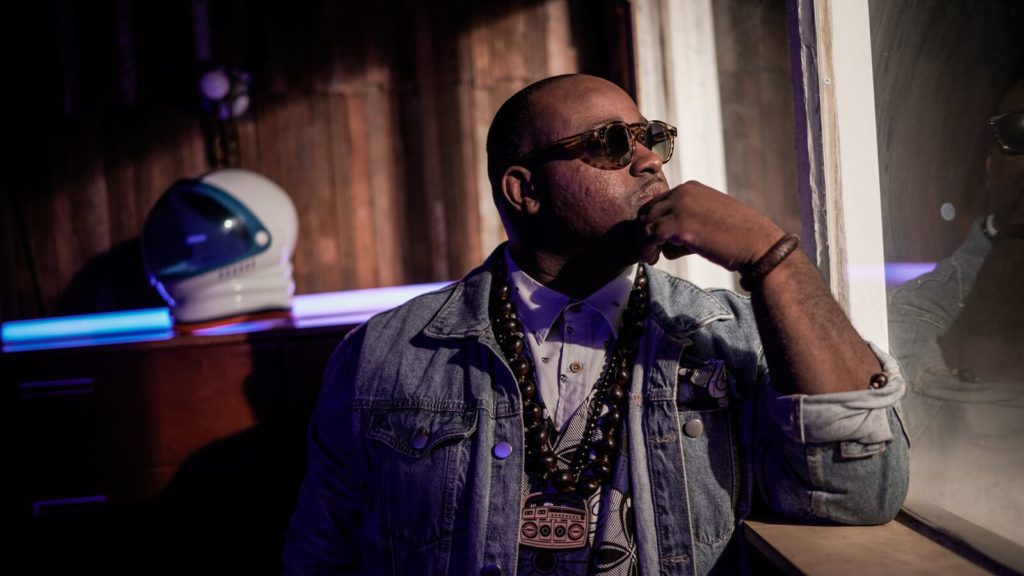 Produced by Buscrates 16 Bit Ensemble, "Ma Rainey" is from MH The Verb's latest album 'Space Ninja', which is out now on all digital streaming platforms via FourFingerDistro. The album is a continuation of the "Afronaut" series, a collaboration between MH and his ArtHouse95 collective that uses a compelling form of Afro-futurism to make social and political commentary through fusions of digital media, visual art, and music.