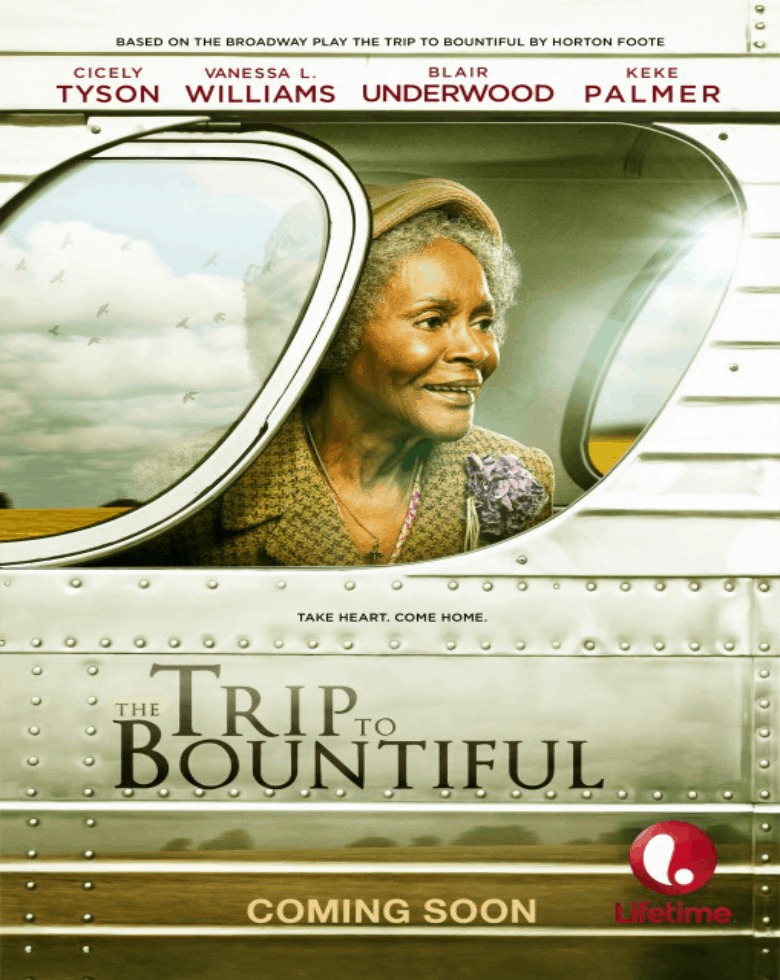 Synopsis: Based on Oscar®, Pulitzer Prize, and Emmy Award winning author Horton Foote’s Tony Award nominated play, “The Trip To Bountiful” is a courageous and moving story of liberation, as well as a humor-filled celebration of the human spirit.

In “The Trip To Bountiful“, Carrie Watts, begrudgingly lives with her busy, overprotective son, Ludie and pretentious daughter-in-law, Jessie Mae. No longer able to drive and forbidden to travel alone, she wishes for freedom from the confines of the house and begs her son to take her on a visit to her hometown of Bountiful. When he refuses, Mrs. Watts is undeterred and makes an escape to the local bus station, where she befriends Thelma, a young woman traveling home. When Ludie and Jessie Mae discover she is gone, they call in law enforcement to help, but Mrs. Watts is one step ahead of them and convinces the local sheriff to help her on her journey home to Bountiful.

Foote originally wrote “The Trip To Bountiful” for television in 1953 and it made its Broadway debut in 1954. The play was adapted into a motion picture in 1985, when star Geraldine Page won an Academy Award® for Best Actress and Foote was nominated for Best Adapted Screenplay. In the 2013 Broadway revival, the play garnered four Tony nominations, including Best Revival of a Play, Best Featured Actress in a Play, Best Sound Design and a win for Cicely Tyson for Best Actress in a Play for her role as Carrie Watts.

Produced by Ostar Productions, “The Trip To Bountiful” is executive produced by Bill Haber (“Rizzoli & Isles”), Cicely Tyson, Hallie Foote and Jeff Hayes (“A Day Late and a Dollar Short”). Michael Wilson, who directed the celebrated play, makes his television directorial debut with this project.