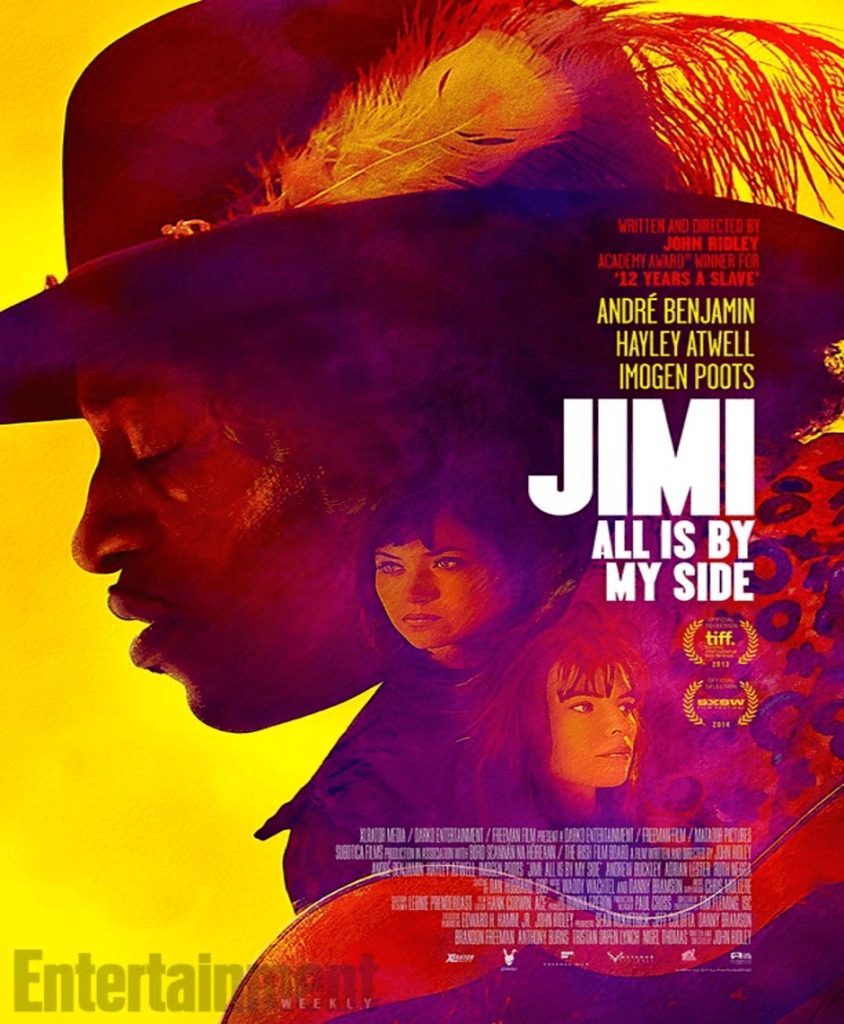 Open Road & XLrator picked up U.S. rights to Andre Benjamin’s Jimi Hendrix project, “All Is By My Side“, another high-profile film based on the life of a real-life person that’s been burdened with controversy since it started production, which made its World Premiere at the Toronto International Film Festival last fall, and will make its USA premiere at the upcoming SXSW Film Festival this month.

In brief, this is the Hendrix project that didn’t have the approval of Jimi Hendrix’s estate to use any of the musician’s original songs, with reps for the estate accusing the filmmakers of moving forward with the project without their official permission.

Thus the film is free of all Hendrix-written classics like “Purple Haze” or “The Wind Cries Mary“, because of rights issues, and the producers set the film in “Hendrix’s pre-fame era“, as they said, and the music used are covers of other musicians’ songs Hendrix performed.

The feature film is written and directed by John Ridley, who’s been at the center of some alleged dispute with his “12 Years A Slave” director, Steve McQueen.

Open Road hasn’t set a release date yet, but they have unveiled some first look footage at the film – 2 clips featuring Hendrix and Linda Keith (played by Imogen Poots), and Michael Jeffery (Burn Gorman). Keith was the girlfriend of Rolling Stones guitarist Keith Richards who played a part in Hendrix’s early success. Jeffery would eventually become Hendrix’s manager.