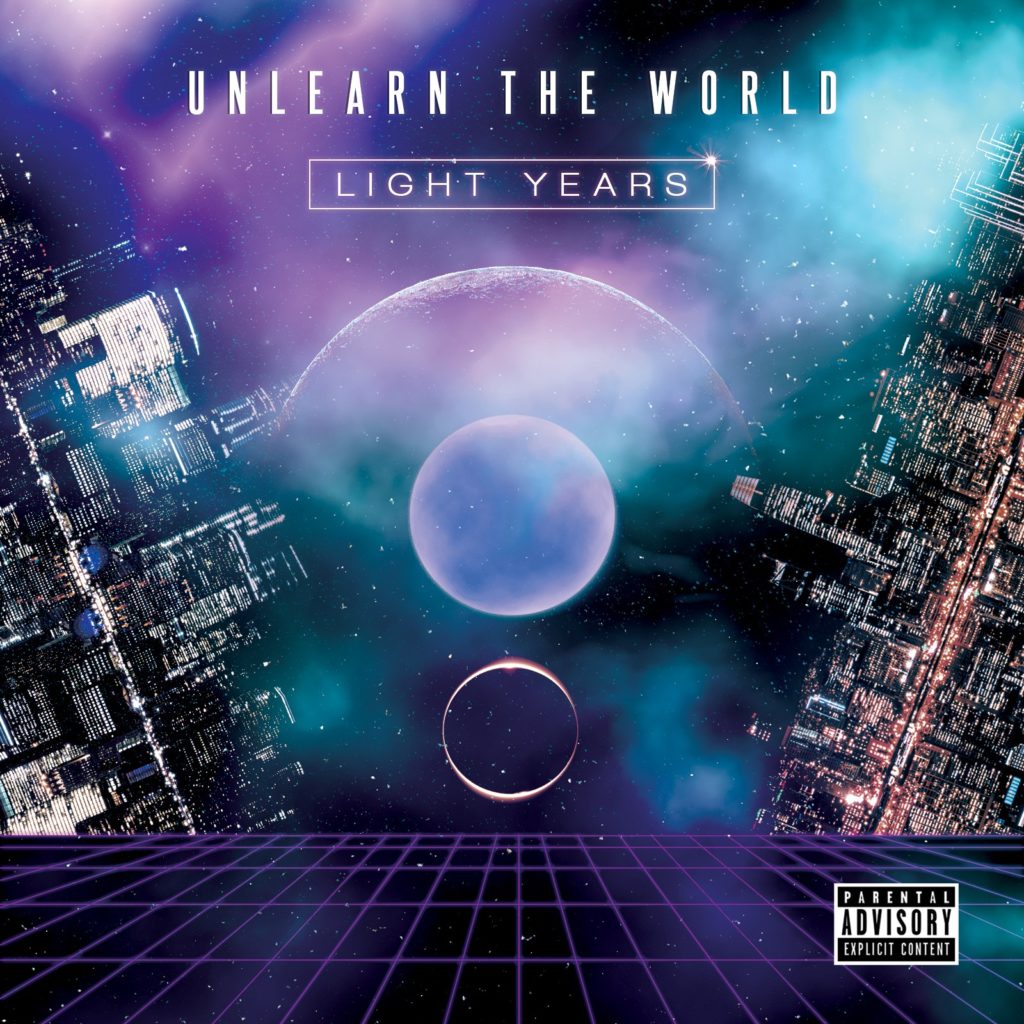 No rookie to the game, UnLearn The World is a seasoned veteran in his own right, honing his mic skills growing up in New York City and taking his artistry to another level once relocating to The Bay Area. An incredible rapper, producer, engineer, teacher, father, and more there’s really nothing that UnLearn The World can’t do. Most recently known for his hosting and freestyle skills at San Francisco’s once-weekly event Return Of The Cypher held in the legendary Fillmore District, Unlearn The World has also been setting the Bay Area live music scene on fire with recent performances with the founding members of Wu-Tang, touring with KRS-One, and so much more.

On his latest release, 'Light Years', UnLearn shows how diverse his artistry goes. Speaking on a number of relevant topics UnLearn The World effortlessly covers gentrification, love, religion, his come up, and so much more. With a little bit of everything from soulful D’Angelo samples to hard-hitting bangers, Unlearn also handles most of the production on 'Light Years', again showing us how deep his dedication to the craft goes. It’s no easy accomplishment being a father and rising artist in America’s most expensive city but somehow, someway Unlearn The World pulls it all together effortlessly. One thing is for sure 'Light Years' is packed with bars, with just a few minutes of listening to this rapper you’ll hear his wordplay and deliver is just different. Be sure to follow UnLearn The World on Instagram and Twitter to stay tapped in with upcoming music and events.

About UnLearn The World:
As a born and bred product of the late 90's New York City underground Hip-Hop scene, UnLearn takes the best from all dimensions of songwriting, in order to showcase his substantive, yet accessible brand of lyricism, while he chronicles the emotions, triumphs, and tragedies that make up his Urban American experience.

Early on as a performer, UnLearn received notoriety as a supporting act for the Lyricist Lounge Club Series Tour, opening up shows for Dead Prez, Killer Mike, and Hip-Hop Icon, Big Daddy Kane. In addition to working with artists and producers including; Fat Joe, Jean Grae, Jake One, and The Beatnuts. Most recently, he has shared the stage with Wu-Tang’s Ghostface and Raekwon Planet Asia, Skyzoo, Griselda, Jay Electronica, and Talib Kweli and has toured with Hip Hop icon, KRS-One.

Now based in California, UnLearn has become an energizing force within the Bay Area Hip-Hop scene. He is co-host of Hip-Hop For Change Radio KPOO 89.5 FM, the Ratchet and Woke Podcast as well as a Hip-Hop Educator, teaching the history and culture of Hip Hop & Beatmaking to the next generation of Hip-Hop Artists and creatives.