Tone Chop & Frost Gamble are two respected individuals who have earned their stripes within the hip-hop scene. The former, based in the small city of Binghamton in New York State, cut his teeth as a local battle rapper and has since spent decades honing his craft. The latter, a self-proclaimed 'sample head', has created beats for some of rap's biggest names - influenced by hip-hop's golden age of the late 80s. Together, they are a force to be reckoned with and have yet again collaborated on forthcoming 'Kill Or Be Killed' EP.

The new material signifies what the two members are all about, featuring seven tracks of Gamble's soulful, boom-bap soundscapes providing a backdrop to Chop's seething and hard-hitting lyrical delivery. 'Open Your Eyes', the two-minute composition for which a video is being worked on, is a braggadocious number in which Tone Chop exhibits why he's one of the best around with elaborate wit and clever wordplay. Interplayed with the suitable sampling from Gamble, the track is a certain highlight from what's on offer. 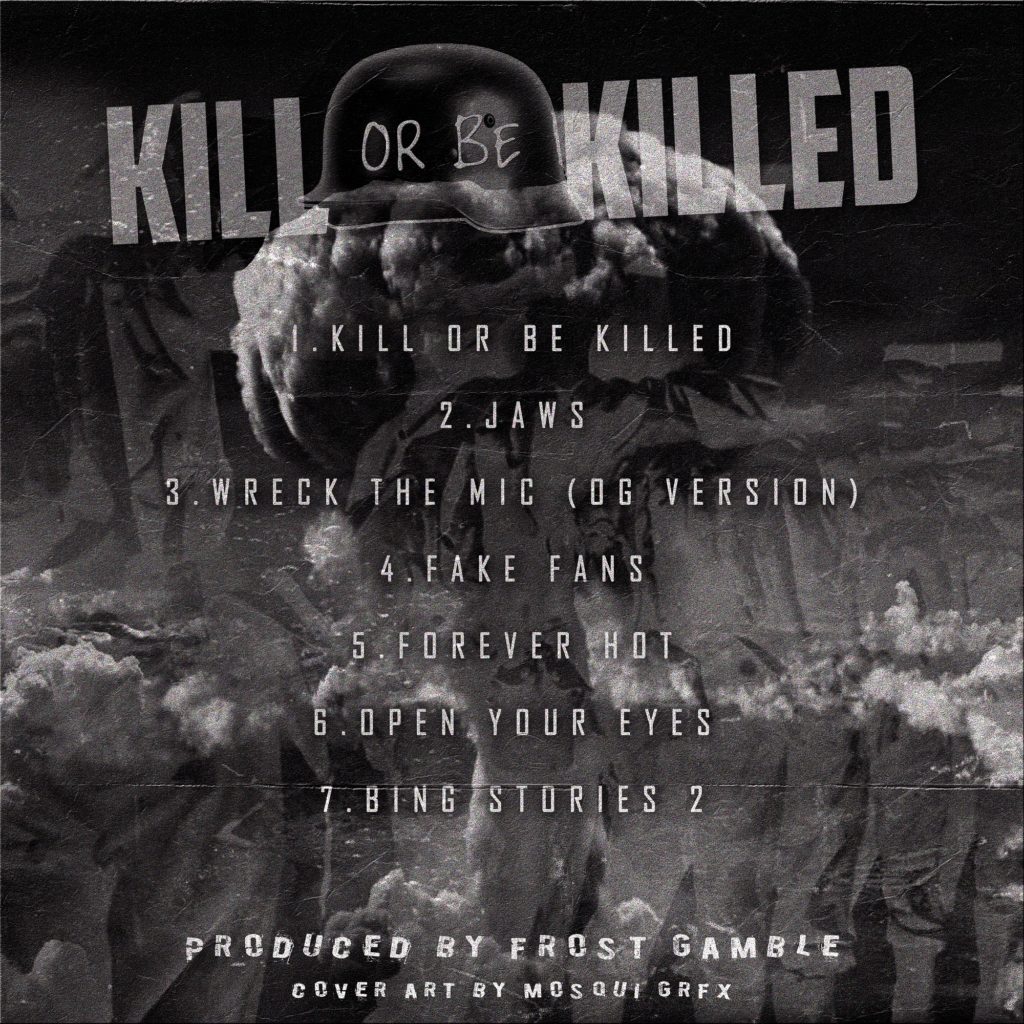 Tone Chop & Frost Gamble have an undeniable chemistry, not from just being great artistic collaborators but also the respect they have for another as good friends. The two have released several singles, albums, and EPs and continue to actively record with one another; this new effort marks that they won't be stopping any time soon.

'Kill Or Be Killed' Tracklisting: