This Married Couple Built A Company Worth $12 Million After Turning Down $400K On Shark Tank... 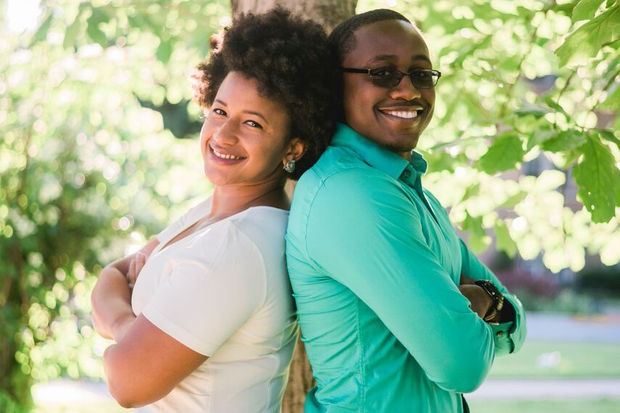 Kim and Tim Lewis, a married couple who co-founded CurlMix, pitched their hair care products made specifically for curly hair on Shark Tank about 6 months ago. They were offered a $400,000 deal, but they turned it down -- to the complete surprise of many. But since them, Curlmix has grown to be worth a whopping $12 million now!

In 2015, the Lewises launched CurlMix as a Do-It-Yourself box for curly hair. Since then, there has been a lot of trial and error with their product formula and business strategy until they turned their well-loved boxes into a hair care line in 2018.

Within just 12 months after their transition, CurlMix has generated over $1 million in sales and built a community mostly with women with curly hair. Their little accomplishments have also brought them to the hit reality TV show Shark Tank, which they have really prepared for about 4 months.

"We prepped like crazy people! In fact, we treated it like finals week in college and binge-watched episodes of Shark Tank, writing down every question they asked, then we turned those into flashcards with answers and follow-ups and drilled each other constantly. On top of that, we must have rewrote [sic] our pitch eight times and drilled it until we could say it in our sleep." Lewis told Black Enterprise.

After their thorough preparations, they successfully pitched the Sharks and received a $400,000 offer from Robert Herjavec for 20% of the company. But they confidently turned him down, firm not to give up more than 15% of their business because they said they believed that "CurlMix would be huge one day and we treated each percent like a million dollars."

"We have absolute confidence in ourselves and our vision for our company, so having a Shark on the side would have just been icing on top of the cake. Going into the negotiations we had already discounted our value in order to be more appealing to the Sharks, but to have Robert cut that in half after saying he didn't know anything about the industry made the decision a no-brainer," Lewis said.

A few months following their stint on Shark Tank, CurlMix raised a $1.2 million investment round led by the CEO of LinkedIn. Along with the increased interest from other investors, they have also increased in sales and is now aiming to reach $10 million in revenue within this year.

"We knew that we were the secret sauce," Lewis stated. "Getting a deal would have garnered more temporary sales, but we knew that we would be the drivers for growth in the long run."