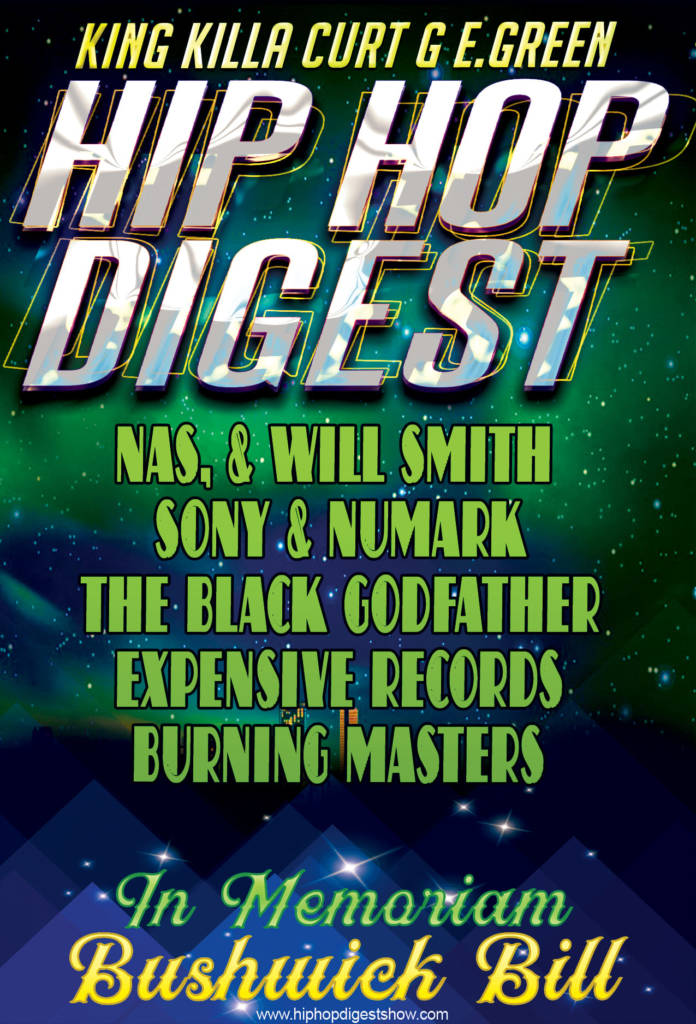 Curt G, E.Green, & King Killa (collectively known as The Hip Hop Digest) are back with another episode for that ass this week on The DigiSpot...The synopsis reads as follows:

Save all the Benjamins for wifey… Nas has made some very smart investments. Seems he and Big Willy are about to make another one. And speaking of another one, there’s a super producer mad and ready to sue. Is that duuuuumb? Get in!

Listen to us on Spotify

Albums Of The Week