The Bella Twins On Kevin Hart's 'Cold As Balls' 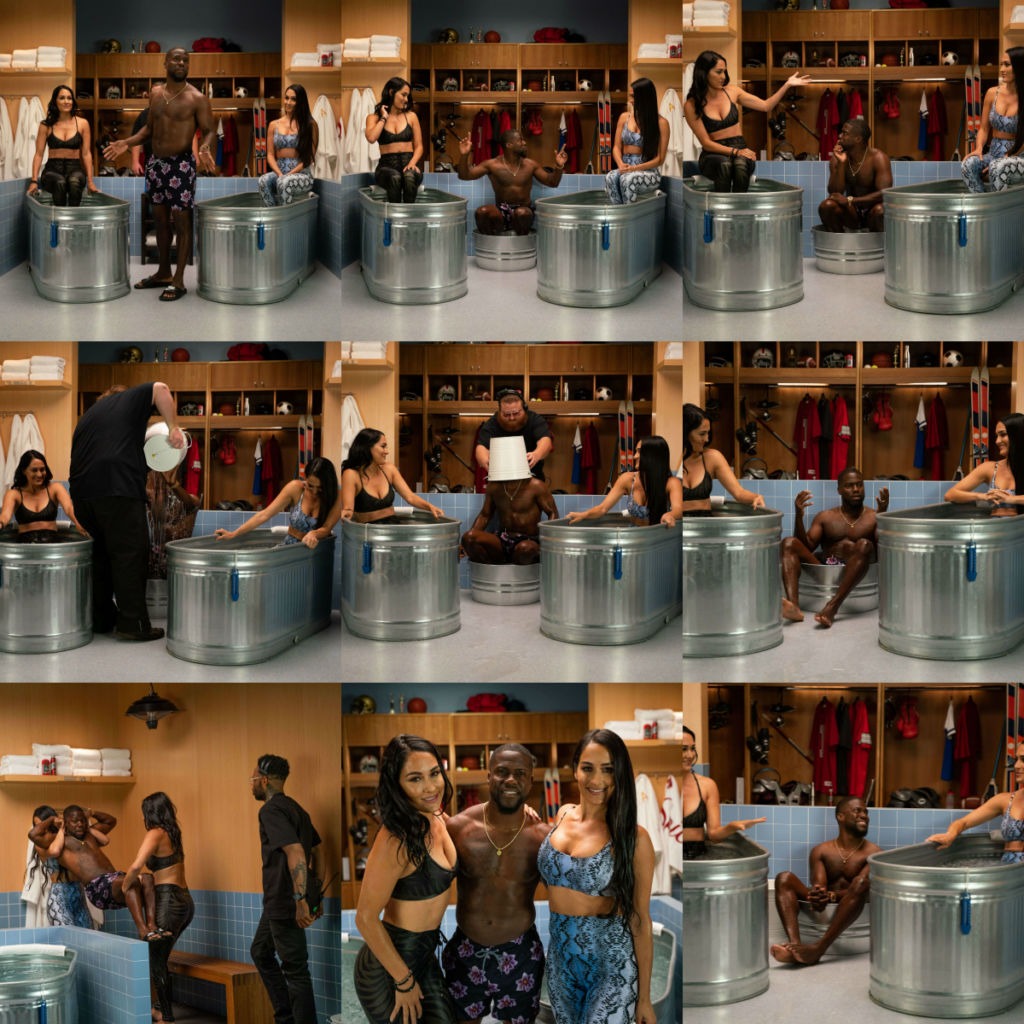 This week’s episode of Cold As Balls from Kevin Hart’s Laugh Out Loud features WWE Divas Champions The Bella Twins. Watch as Nikki and Brie join Hart in the cold tub to dish on who’s the superior twin, dealing with cattiness backstage and how they’ve helped spike a women’s evolution in the WWE. The episode kicks off with each twin taking a tub for herself, leaving Kevin empty-handed and forced to use a miniature makeshift tub that BamBam stole from an unsuspecting child.