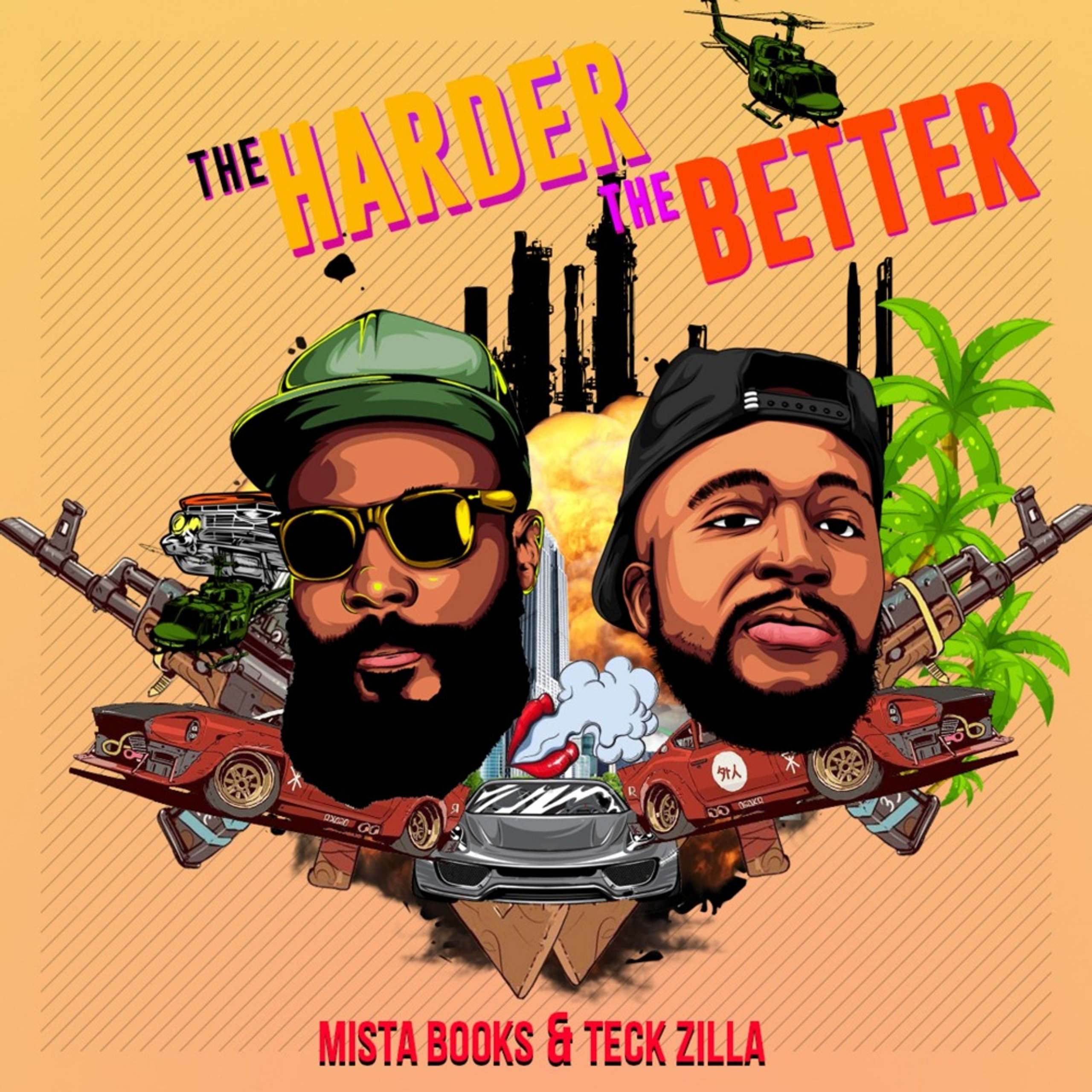 'The Harder The Better' is a seven track collaborative project between the Nigerian-based emcee/producer duo of Mista Books and Teck-Zilla. Inspired by classic ‘90s hip-hop and old school flicks they both grew up on, the project is chock full of vivid lyricism and cinematic soundscapes with sound bites from various movies, spoken word artists, and even legends like Muhammad Ali and Malcolm X.

From the opening salvo of the title track, Mista Books takes the listener deep into the dark crevices of the project with detailed exposition and an imposing vocal delivery. This is followed by the celebratory single, "Try Angles", and the courtroom inspired concept track, "Guilty By Rhyme." Both tracks showcase Books penchant for crafting verbal pictures that can be literally put on the big screen.

Rapper Phlow appears on the densely-packed, piano-driven track, "Unapologetic", and as the name suggests she alongside Books hold nothing back with their take on what it takes to be true to oneself. "Black Muscle" is a somber reflective track that dwells on black excellence in every aspect and sees Books joined by Atlanta-based emcee, Mack Gee for a spectacular display of love for everything black. "Prophylactic" is pure bravado on wax as Books lays the hammer on the opposition with reckless abandon. The project is wrapped up by the posse cut, "Everyday Thang" featuring Ex-O and Prophecy, where the trio take turns in expatiating their respective status as hip-hop connoisseurs over a classic piano sample expertly tailored by Teck-Zilla.

'The Harder The Better' gets straight to the point with a variety of sounds that fuse boom-bap with soul, jazz, and more. On the other hand, Mista Books is fully in his element and brings forth a no-nonsense pen game. The seven-track EP is available now through all major digital retailers and streaming platforms via Str8Buttah Productions.

'The Harder The Better' Tracklisting: