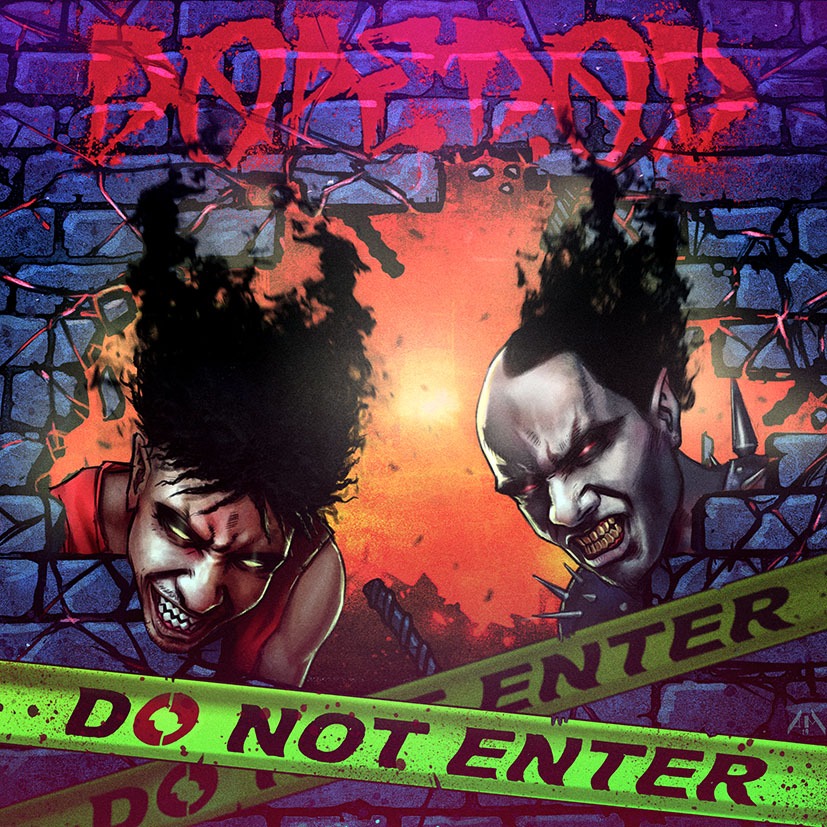 Dope D.O.D. is an internationally acclaimed hip hop crew from the Netherlands, with its roots in Africa and England. The group consists of rappers Skits Vicious, Jay Reaper and Dopey Rotten. Well known for putting strong vocal lines on heavy aggressive beats, their style blends classic hip hop with elements of electronic genres, It would lead to collaborations with Noisia, Mefjus, The Teddy Killerz, Black Sun Empire and Apashe, to name a few.

Hard to categorize, their fan base often describes their sound as being "their own" with a strong inclination towards intricate lyrics and outlandish subject matter. This has earned them recognition from heavy weights like Limp Bizkit, Korn, Sean Price, The Prodigy, Redman, Onyx and many more with whom they have had the opportunity to work and tour with after releasing their debut video "What Happened" (currently at 34 million views on YouTube).

Followed by sold-out shows reaching from Russia to South America, their international career took off. It earned them an EBBA award in their first year of success, frequent return to some of the biggest festivals in Europe (Splash, Sziget, HipHopKemp, Beats For Love, Lowlands, etc.) and even playing at SXSW festival in the USA which lead to a deal with Duck Down records for the release of their debut album "Branded". They have since released a string of projects consisting of "Da Roach" "Master Xploder" "The Ugly E.P." "Acid Trap", and most recently a collaborative album with New York legends, Onyx, entitled "Shotgunz In Hell". Followed by “System Reboot” in 2018.

Now... After not having released an official full length studio album since "Da Roach" in 2013, Dope D.O.D. is taking you back to the essence. With years of experience gained, Months of late nights spent in the studio and a fanbase that keeps growing and remains loyal. "Do Not Enter" is ready to take the world by storm and remind everyone there is no duo doper than the Reaper and Mr. Vicious. In their own words "Their best work yet" and with an interesting list of collaborations ranging between the underground's hottest newcomers and seasoned artists. It's safe to say Dope D.O.D. has solidified their place in the world of rap.

You can also cop Dope D.O.D.'s "Do Not Enter" album bundle here while you can peep info for their upcoming 2020 shows here!!!