Portland, Or has been a hotbed for Hip Hop the last few years, slowly but surely leaking artists into the mainstream one by one. For those that have been following the scene for awhile, you know that groups–including Lifesavas, Oldominion, & Sandpeople–have helped pave the way for the new Portland Rap Renaissance currently taking place.

One of the staples of the PDX scene is Al-One, originally a member of The Chosen, Sandpeople, & later Alphabet Stew – Al has always delivered top notch lyricism with a keen ear for production that has helped him stand out from the pack since his first release in 2004. 2017 catches Al-One going full speed with his new EP, ‘Sharptongue‘, featuring a bulk of production handled by Portland’s own Rey Holiday with guest production from Chase Moore, Pale Soul, & super-producer Illmind as well as features from MC’s Theory Hazit, Illmaculate, Serge Severe, & more. 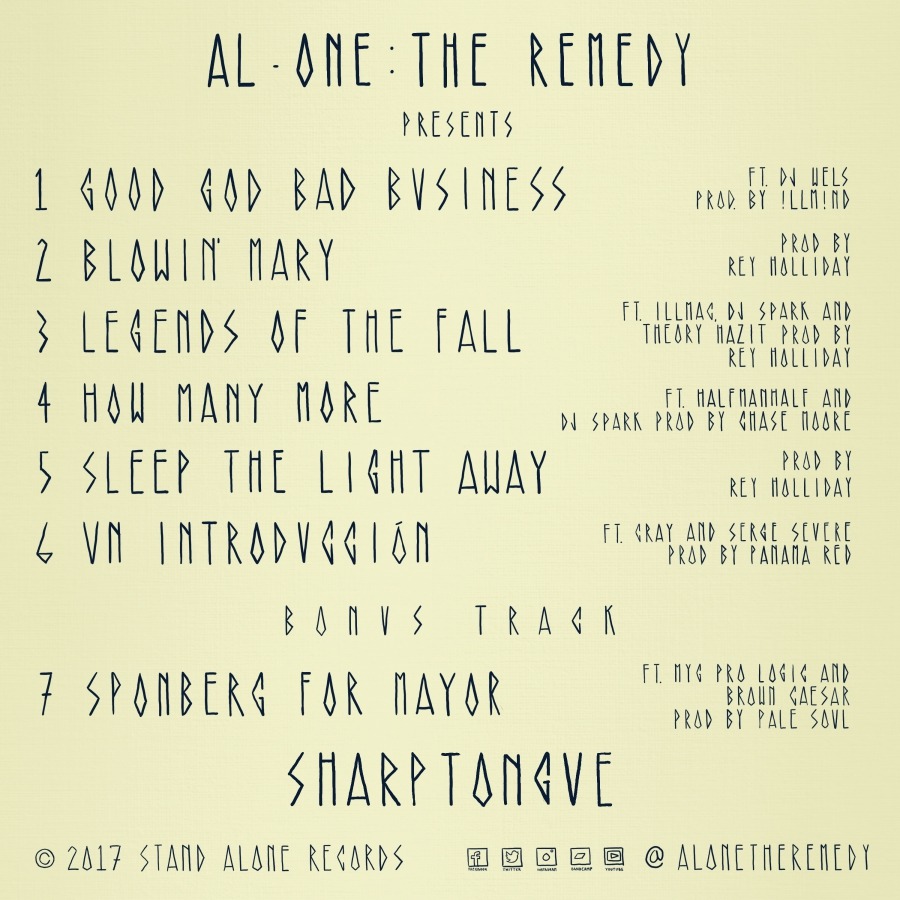 Al delivers on his new EP with sharp lyricism, boom-bap beats, & an introspective look at the man behind the MC. From the heartbreaking tale of “Sleep The Light Away“, to lyrical darts on “Legends Of The Fall“, to the user/dealer relationship of drug abuse on “How Many More“, Al-One shows the various sides and tones of himself as an artist as he supplies the party, but also isn’t afraid to slow things down & address serious issues such as drug abuse.

Something for everyone, the ‘Sharptongue‘ EP delivers a range of flavors with no two songs sounding similar.