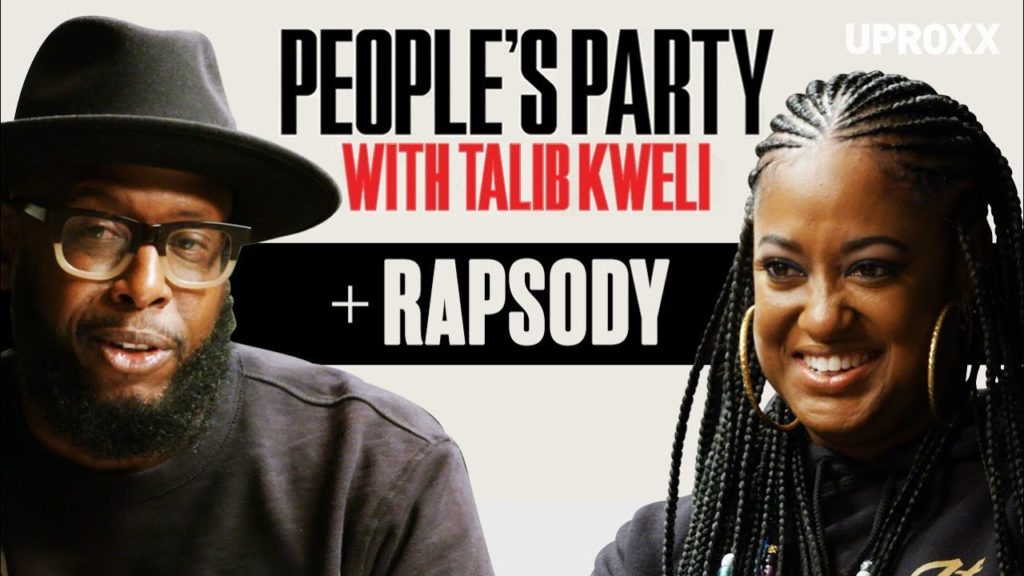 In this episode of People's Party, Talib Kweli and Jasmin Leigh sit down with rapper and writer Rapsody. This introspective interview highlights the huge contribution this talented lyricist has made in bringing the B-Girl back to the forefront of the culture. They discuss her growing up in the tiny town of Snow Hill, NC. She speaks on being largely inspired to rap from growing up listening to MC Lyte and Lauryn Hill, then shares the profound life advice she received from Ms. Hill. Rapsody also defines why being pro-black doesn't translate to being anti-white.

Later, Rapsody reflects on her close friendships with Mac Miller and Nipsey Hussle, and the enormous loss to the hip hop community with their passing. She speaks on her regular collaborations with 9th Wonder and his Soul Council beat crew, then details every member's signature style. She also digs into guidance from Jay Z, and her friendships with Kendrick Lamar, DaBaby, and J.I.D.. Rapsody explains how the concept for the "Eve" album came about, and responds to the notion that female fans only want to hear "songs for the ladies." She also has wise words for the women in the game about being themselves regardless of any criticism they receive about their appearance or subject matter.