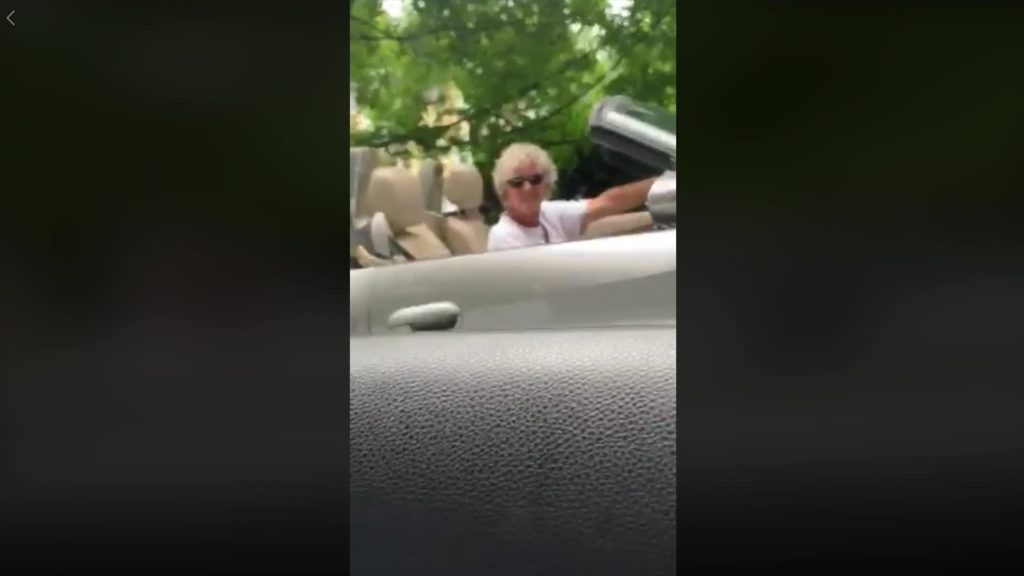 A Black Massachusetts woman (Julia Santos Groveland) posted a video to social media showing a white man (Paul Birkhauser) following her in his car in her own neighborhood, ultimately interrogating her as to what she was doing there.

“I just got Karen’d? Groveland tweeted. “This man followed me home because I went to pick up DOG FOOD at somebody’s house!”

In the video, the driver of a convertible BMW corners Santos on a street and begins firing questions at her, asking who she is. According to the Boston Globe, Santos has lived in the neighborhood her entire life.

“So what are you driving up Juniper Terrace for?” the man asks.

Santos explained that she had just picked up the dog food after seeing a post online.

“I don’t feel safe right now,” she then says.

“Too many people,” he says.

“Or is it because I’m Black? Is that why?” Santos asks.

I just got Karen'd? This man followed me home because I went to pick up DOG FOOD at somebody's house!

He followed me all the way to my house so I turned on a side street and he said he felt "unsafe" pic.twitter.com/vEBdhStU1K