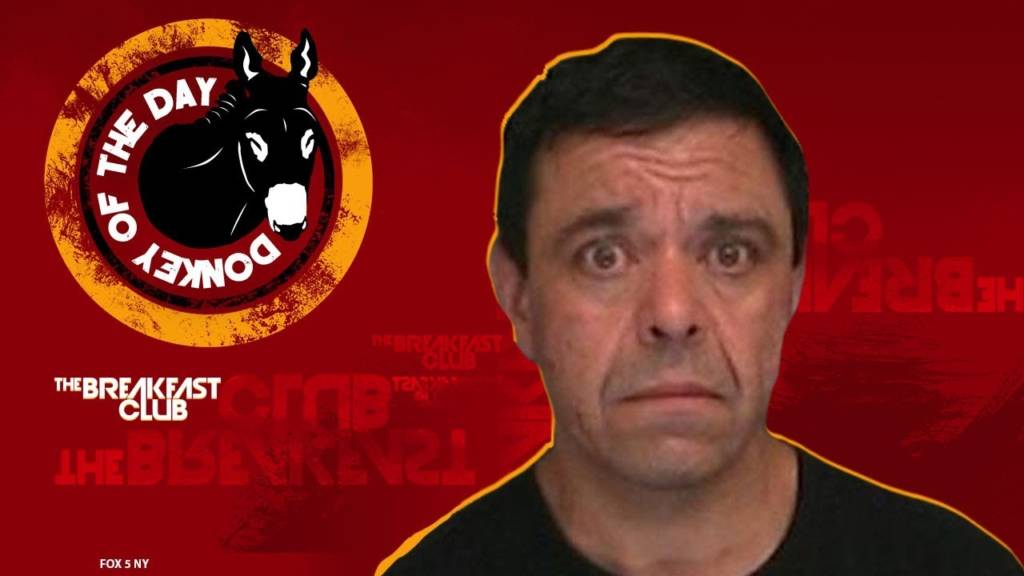 While I've heard of this "Fortnite" game, I've never been up on it like that. But for some reason, it seems to be the center of today's Donkey Of The Day.

According to CBS 2 New York:

An 11-year-old child is being protected from a 45-year-old gamer, who police say threatened the boy’s life after losing to him in the wildly popular online video game “Fortnite.”

With 125 million global players, Fortnite has become a cultural phenomenon, and, police say, highly addictive and overly competitive for some, including a Huntington man by the name of Michael Aliperti.

He was arrested Tuesday morning after allegedly threatening to shoot a boy from a Kings Park intermediate school after losing to him in a video game battle, CBS2’s Jennifer McLogan reported.

“I am very upset,” said Margherita Aliperti, who added when told her son allegedly threatened the boy, “What do you mean threatening?”

Michael Aliperti’s mother became tearful as she defended her middle-aged son, who owns a local landscaping business. She said he was having innocent fun, but police said her son was so distraught about losing to the child he threatened the boy through text and online voice messages, claiming he would come to his school.

“During the course of the gaming on Monday evening, apparently the 11-year-old bested Mr. Aliperti in a Fortnite game and was able to win away virtual guns from Mr. Aliperti, which made him very upset and he started threatening the 11-year-old juvenile, saying he would cause him pain, that he would find him with a gun,” Suffolk County Police Chief of Department Stuart Cameron.

Michael Aliperti was arrested in his West Neck home at 1:40 a.m. He pleaded not guilty to aggravated harassment and acting in a manner to injure a child.

His neighbors were bothered by the allegations.

“Disturbing, inappropriate, not OK on every level,” Daniela LoCastro said.

“The 45-year-old needs to find something better to do with his time than playing video games with an 11-year-old,” David Deslauriers added.

“So many parents out there who are not managing their children’s time on social media as well as games,” Dina Bruno said.

Michael Aliperti had been playing Fortnite on Xbox Live with the youth for several months when police said he threatened to shoot him, possibly at his school, R.J.O. Intermediate. The victim’s parents immediately reported the incident.

Police urge parents to monitor their children’s video game playing and be aware of who their online opponents are.

Michael Aliperti pleaded not guilty and was released on $10,000 bond. He was ordered to stay away from the child and his young group playing Fortnite.

Here's what's Charlamagne Tha God had to say on this situation below...