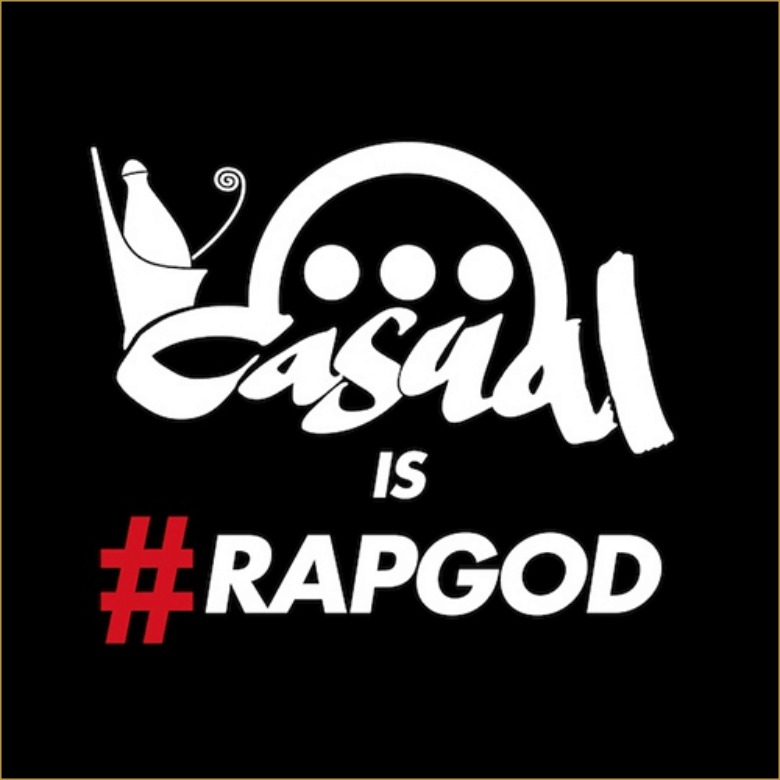 "There's no beef" explains Casual of the legendary Hieroglyphics crew, while unleashing a storm of clever wordplay & hilarious jabs at Eminem for claiming the #RapGod moniker when one already exists. "But I been #RapGod" he says in response to Em's latest single, titled "Rap God". Casual responds with "He Still Think He #RapGod", a track that reminds hip hop fans that it was him who first claimed that title. The Hiero rapper released his album 'HE Think He #RapGod' back in 2011.

Casual has released an official statement regarding the song and his feelings toward Eminem:

"There are many RapGods but I am #RapGod, The Divine Manifestation, The Supreme Incarnation Of Lyrical Divinity. #RapGod in the flesh. A True And Living #RapGod. It's about receiving your deification and your veneration before your expiration. The Council Of The RapGods was informed that Eminem was self-declared to be amongst the ranks of the RapGods, rightfully so might I add...except Casual is The True And Living #RapGod, afterwhich it has been canonized by The Highest Hierarchy Of Angels, by The Neteru, by The Highest Hip Hop Dignitaries and Rap Seminarians, that others shall go the entire professional duration and not be adorned with this Holy Epithet."