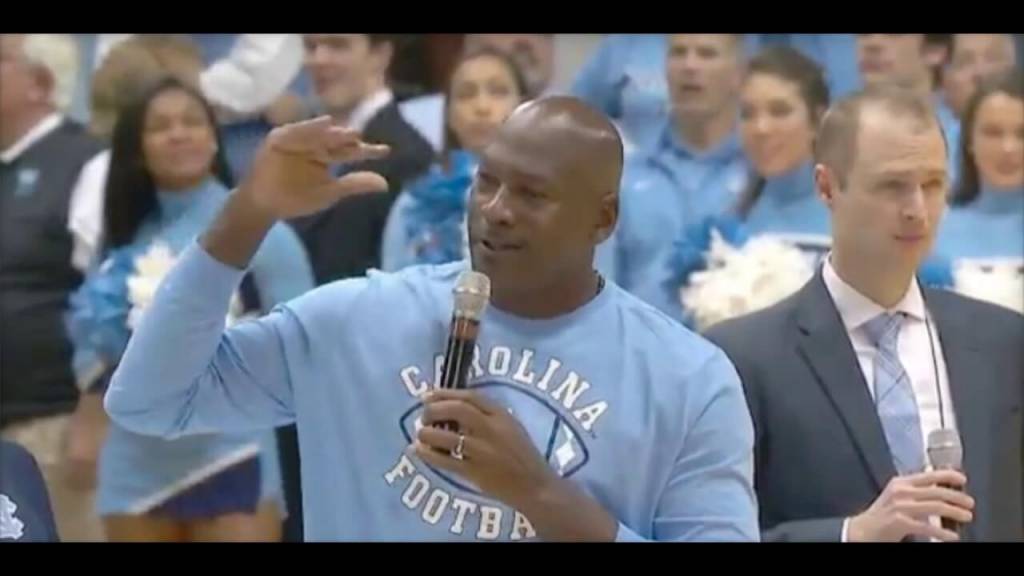 The New York Daily News | Like he needed to be the face of another meme.

Michael Jordan was on hand of UNC’s win over Duke on Saturday night. At halftime, he took the mic to announce his alma mater’s football program will soon be wearing Jordan brand uniforms.

But the biggest takeaway was his cryptic message of inspiration for both programs.

“The ceiling is the roof,” Jordan said.

It’s not obvious what His Airness meant by that, but Jordan being Jordan, Twitter immediately went in on him for it.