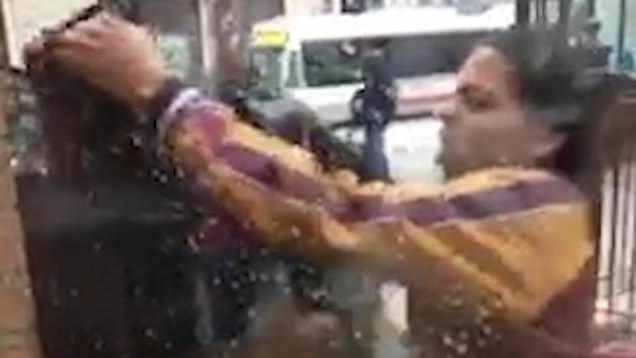 In the shocking clip, filmed in Chicago on Saturday, two men can be seen beating the middle-aged employee outside the fast food chain. As the pair smash his head against a wall, one of them appears to aim a can of pepper spray at him before he breaks free. Stunned witnesses, who are filming the footage from inside the restaurant, can be heard screaming 'no' as the guard points his gun towards his attackers. Police told CBS Chicago they had no record of the incident as nobody called 911.