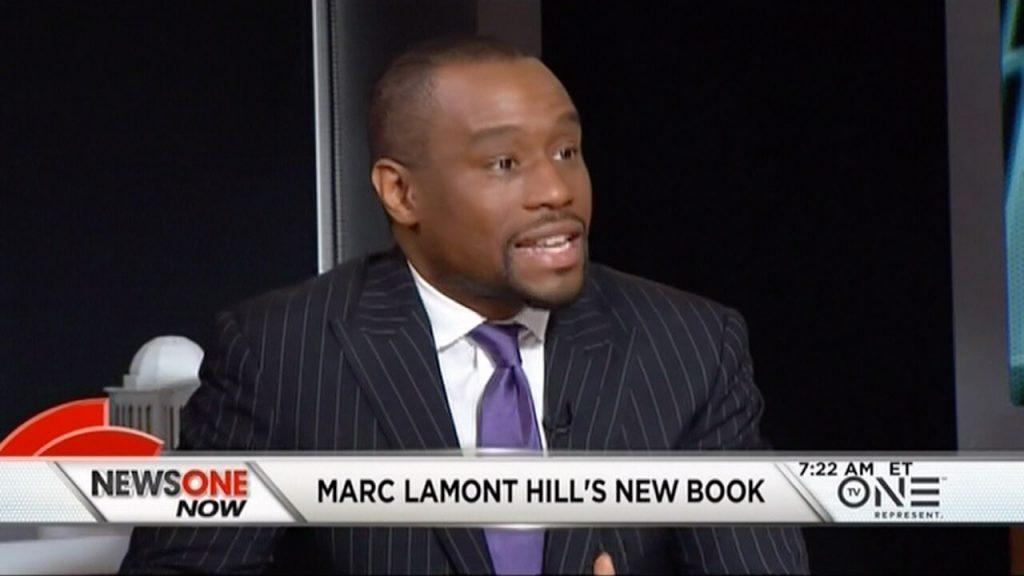 Marc Lamont Hill appeared on NewsOne Now to talk about his new book which examines a growing crisis in America where a particular demographic of citizens are being made vulnerable and exploitable as revenue generators.

In "Nobody: Casualties of America’s War on the Vulnerable, from Ferguson to Flint and Beyond", Hill examines how unrelated capitalism, public policy, and social practice are at the core of inequities that affect minorities and poor people in America. This new class of Americans, according to Hill, are considered the “Nobody” class and are being exploited in a way that is not just humiliating, it is also is harmful.

From Amazon.com about Nobody:

Unarmed citizens shot by police. Drinking water turned to poison. Mass incarcerations. We’ve heard the individual stories. Now a leading public intellectual and acclaimed journalist offers a powerful, paradigm-shifting analysis of America’s current state of emergency, finding in these events a larger and more troubling truth about race, class, and what it means to be “Nobody.”

Martin described the exploitation of the “nobody” class as municipalities using police departments to target poor Americans, ultimately keeping them impoverished through the issuance of warrants and court fees.

Martin said, “That’s the kind of stuff that angers a community so when you see an uprising — that’s the root of a lot of this stuff.”

Hill called the animosity that arises in a community that experiences these practices as “profound frustrations.”

In Ferguson a city with a population of 20,000 Americans, 16,000 of them have warrants or tickets that are owed. “That’s almost everybody,” Hill said.

“So not only does that become a daily tax … it turns the police force into tax collectors as opposed to people who are actually making the community safe,” he said.

Watch Roland Martin, Marc Lamont Hill and the NewsOne Now discuss "Nobody: Casualties of America’s War on the Vulnerable, from Ferguson to Flint and Beyond" in the video clip below...