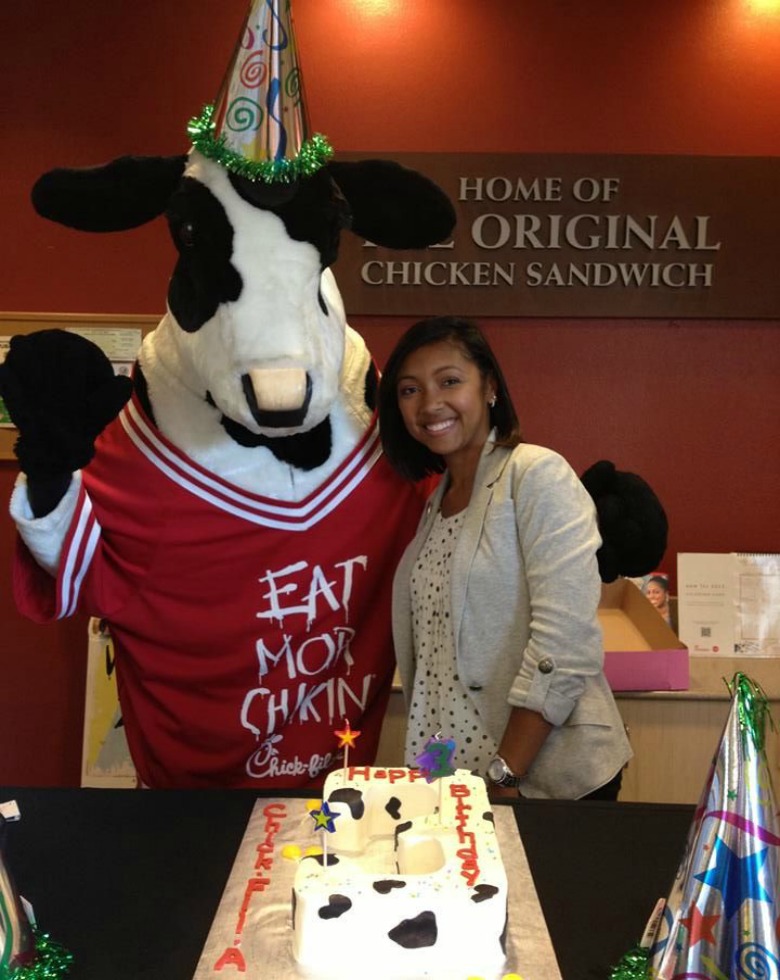 Ashley Derby had the kind of career path that many dream about but never get to walk. When she was 15, she started working at her local Chik-Fil-A, now, 28-years-old and a Spelman graduate, Ashley owns and operates her own chain on the University of Southern California campus!

In an interview with LA Focus Newspaper, Derby shared endearing details about her beautiful journey, “My job description was pretty much taking orders on the registers and cleaning up in the dining room”. And now she literally owns the joint! Derby is proud of her ability to be able to provide for others. “I love being able to provide someone with an income”, says Derby, “to provide someone with their first job, and being able to help mold and grow them”, She explained with pride.

How did Ashley get to the ownership level? She literally started from the bottom with pride. She would show up to work on time, fully dressed in the proper uniform and do her job as if taking orders was just as important as signing checks. It was that work ethic and drive that led her restaurant’s operator to suggesting she consider owning her own Chik-Fil-A.

Like many high schoolers who show up to their fast food job, only to have extra money for that new pair of kicks, Ashley had no idea that type of opportunity was available to her. After some consideration, Ashley decided to take him up on his offer and switched her major from theater to economics.

“After I graduated from college, I started working full-time, dedicated to getting my own store”, Derby explains. “I went through an intern program for about a year and a half where Chick-Fil-A sends you out to run some of their corporate-owned stores around the country”.

After 10 rounds of interviews, a $5,000 investment, Derby was off to L.A. to make her Chik-Fil-A ownership dreams a reality. She didn’t want to move to the big city, but another friend stepped in with another life-changing suggestion to open one up in L.A. It’s being reported that Derby’s store is one of the few Chick-Fil-A locations in the county and is rife with potential.

Cheers to Ashley Derby for showing and proving that hard work and determination can gain you great success. And the key to success is being able to reach down and help out others who want to taste success as well. Yay Ashley!