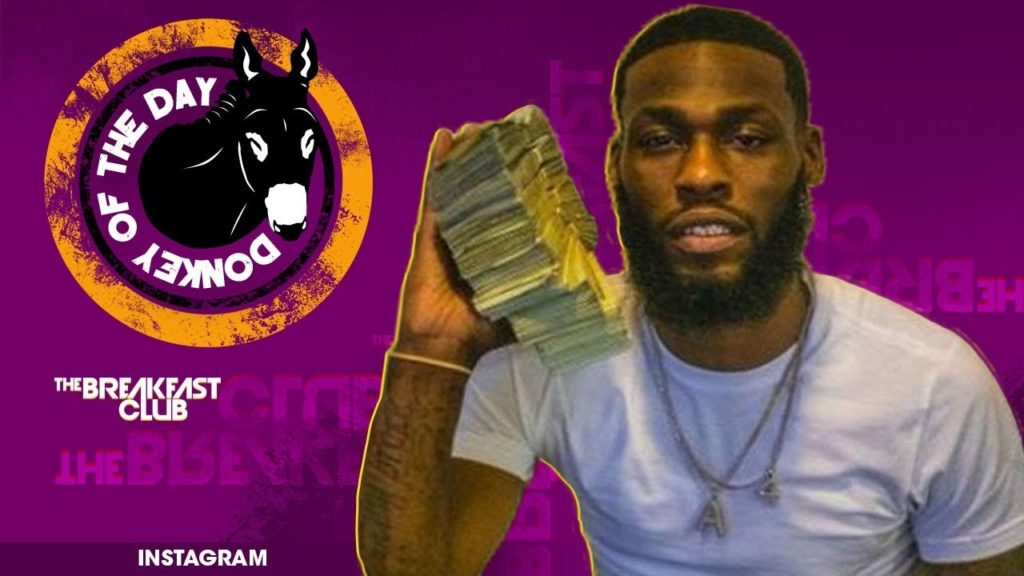 In April, Wells Fargo handed Arlando Henderson the keys to the vault. Federal prosecutors say he paid the bank back by paying himself.

According to an indictment unsealed this week in federal court, the Charlotte man helped himself to more than $88,000 in deposits from Wells Fargo customers, then rigged the books in attempt to hide his new income stream.

Following an FBI investigation, Henderson was indicted in late November on more than 30 counts of financial institution fraud, theft and embezzlement, and money laundering, among other charges.

What’s more, Henderson couldn’t keep his good fortune to himself. The indictment says Henderson’s chronicled his newfound riches regularly on social media. A check of his Facebook page shows a veritable photo album of Henderson — nickname “AceeyFoez” — living the high life, frequently posing with wads of cash in his hands or strewn on the floor around him.

In another series of photographs, Henderson’s visual aid is a sparkling white Mercedes-Benz. In July, according to the indictment, Henderson drove off the lot at a Northlake dealership in Charlotte with a 2019 Mercedes A2. He put $20,000 down, all in $100 bills.

In another photograph, Henderson wears a T-shirt with the initials AWBB. Translation: “Ain’t wit being broke.”

“I make it look easy,” the caption reads, “but this shyt really a PROCESS.”

Prosecutors couldn’t agree more. They say Henderson’s process began in late April, when he was hired to work the cash vault at an undisclosed Wells’ location in Charlotte. Two months later, the indictment shows, he began the first of at least 18 withdrawals — of other people’s money.

During that period, according to prosecutors, Henderson made regular deposits through an ATM near work. Most of the transactions involved large amounts of $50 and $100 bills, the indictment says.

All the while, Henderson continued to post on Facebook. A July 14 photograph has him standing next to a car, shoving a handful of bills at the camera.

“Who carry’s that much cash with them?,” one of his friends responded. “Haven’t you heard of a bank?”

One of Henderson’s last Facebook photographs, with the white Mercedes as a backdrop, was taken in San Diego. The FBI arrested him there on Dec. 4. His California attorney, federal public defender Benjamin Davis, did not respond Friday to an Observer email seeking comment.

Henderson’s arraignment, which will bring him back to Charlotte, has not been scheduled.

[via The Charlotte Observer]