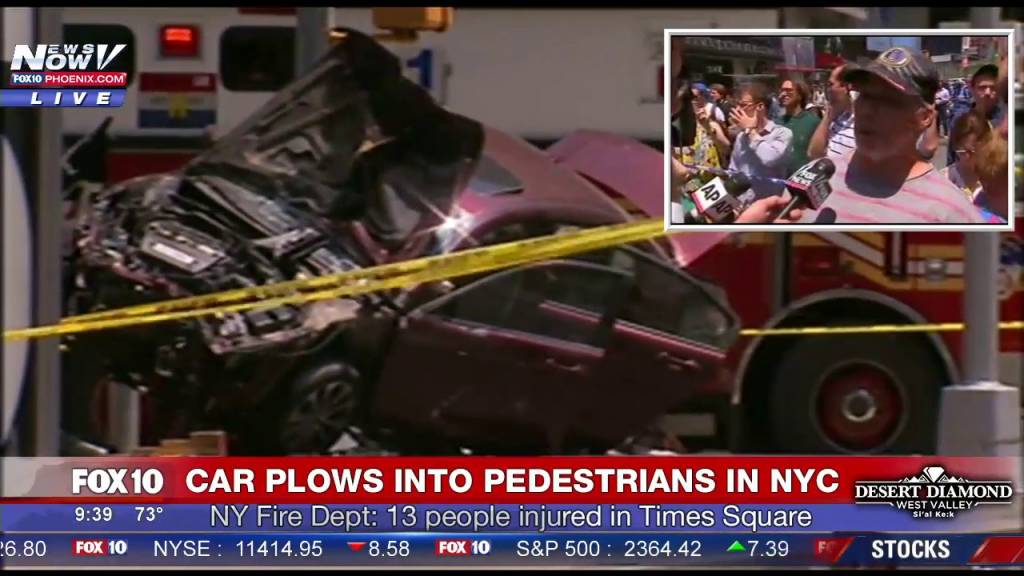 Brought to you by Desert Diamond

NEW YORK (FOX5NY) - There were an estimated 13 victims after a car driving the wrong direction on 7th Avenue in Times Square jumped a curb and plowed into pedestrians.

They were injured after an out-of-control car crashed into a sidewalk in Times Square on Thursday morning. It happened at Broadway and W. 45th. The red car was left on top of a pole at the intersection after the incident.

One person was in custody at the scene according to Fox News.

Several blocks in the normally busy area were closed off in the minutes after the incident.

No other details were immediately available. This is a developing story and will be updated.