The song was written and produced by Juicy J and is available now at all DSPs.

The video for “In You” was written and directed by Bella and features model Abella Danger.

The (NSFW) video shows Juicy and Bella both under the spell of the same woman until they realize she’s been playing them both. 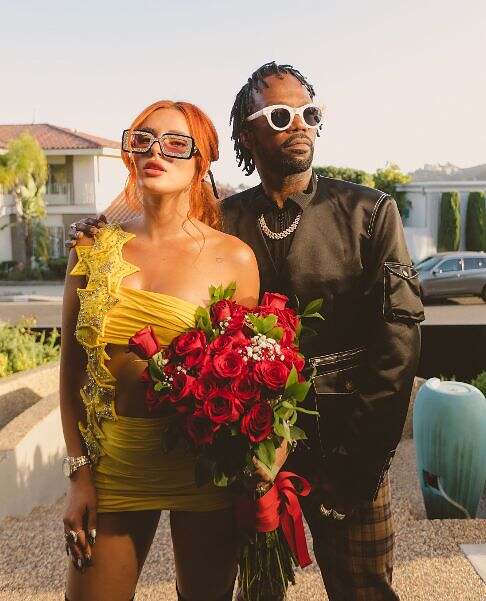 About Bella Thorne:
Bella Thorne appeared on episodes of “Entourage”, “The O.C.”, “Dirty Sexy Money”, “My Own Worst Enemy”, and “Big Love”, before rising to stardom when she joined the Disney Channel Universe. She worked on Disney Channel’s “Wizards of Waverly Place”, “Frenemies”, and “Shake It Up”. She starred in the series “Famous in Love”, the films “The DUFF”, “Infamous”, “Chick Fight”, and the “Babysitter” series. Her film, “Time Is Up”, was just released and she is currently filming the sequel in Italy. She also wrote a best-selling book out titled “Life of a Wannabe Mogul: Mental Disarray”, and has a successful weed strain, Forbidden Flowers.

In addition to acting, directing and writing, she also has an extensive music career. She was featured on the ‘Shake It Up’ soundtrack, which reached #22 on the Top 200 chart. She released the tracks “Call It Whatever”, “Just Call” with Prince Fox; “Salad Dressing” with Borgore; and recorded 5 songs for the film (in which she starred) “Midnight Sun”, including the single “Burn So Bright”. She’s since released several singles, most notably “Watch Me”, “Bitch, I’m Bella Thorne”, “Shake It”, “Lonely”, and “Phantom”, “Phantom” the latter reaching #11 on the iTunes Hip-Hop chart.

Bella has over 53 million followers on social media.

About Juicy J
Truly a rap OG who has remained relevant for over three decades, Juicy J has earned the uncompromising respect of the industry and has amassed an impressive list of collaborators including 2 Chainz, Lil Baby, A$AP Rocky, Wiz Khalifa, Katy Perry, Ty Dolla Sign, Megan Thee Stallion, Nicki Minaj, and many more. As one of the original members of the legendary platinum-selling Memphis rap group Three 6 Mafia, Juicy J helped spawn an electric series of hits over their 30-year span including “Stay Fly”, “Sippin On Some Sizzurp”, “Lolli Lolli”, and the Academy Award-winning “Hard Out Here For A Pimp”. His major label debut album ‘Stay Trippy’, featured his breakout solo hit “Bandz A Make Her Dance”.

His work with pop royalty Katy Perry on “Dark Horse” earned him a GRAMMY nomination and won an American Music Award and MTV Video Music Award. In 2019, he produced the certified platinum single “Hot Girl Summer” by Megan Thee Stallion featuring Nicki Minaj and Ty Dolla Sign, which went #1 on the Billboard Rhythmic charts and became the first female rap collab in history to reach #1 on Apple Music.