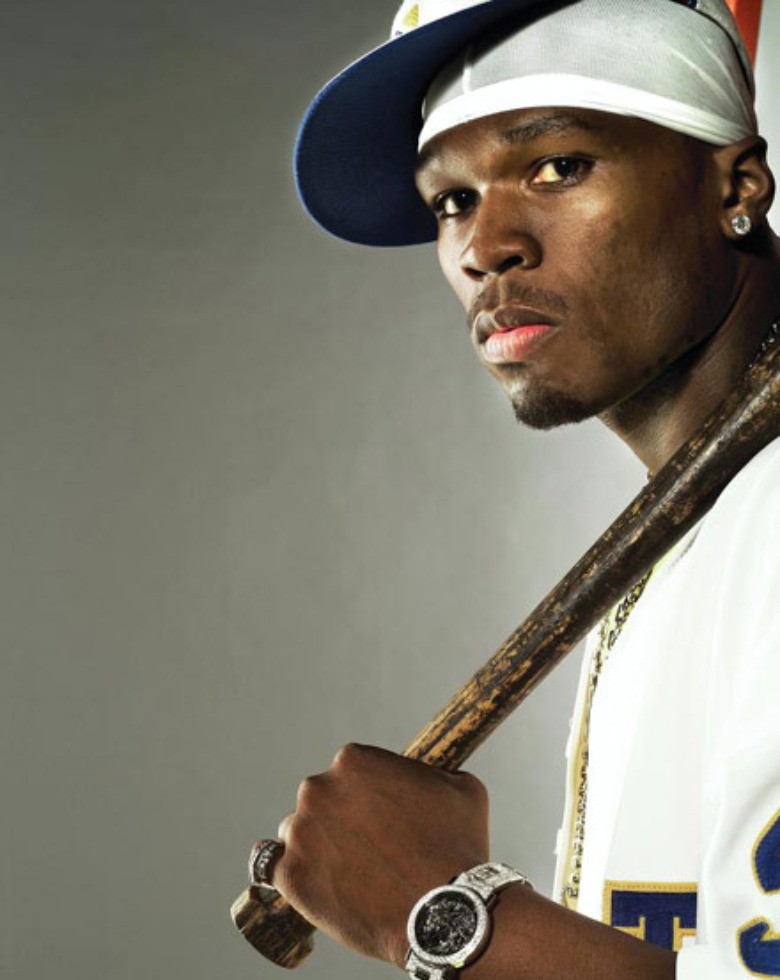 The rapper has attacked Michael K. Williams on social media after the HBO star defended incarcerated music executive James “Jimmy Henchman” Rosemond — who was found guilty last year of hiring a hitman to kill a pal of Fiddy’s.

Fiddy has now sparked rumors of an assault on Rosemond behind bars.

In response, Williams posted a video to tell his followers the rumor is false.

The “In Da Club” rapper then trolled Williams by posting photos of him in gay sex scenes from his hit “The Wire.”

“LOL Old Omar how much they pay you to play a punk PUNK. Mind your business da f - - k wrong wit you,” he captioned the images.

The rapper’s remarks were deemed homophobic by Logo show “Noah’s Arc” creator Patrik-Ian Polk, who chimed in to Fiddy with the hashtags, “#comeoutcomeoutwhereveryouare #cattyisascattydoes #downlow #lowdown.”

A rep for 50 Cent did not comment, but the rapper removed the post before putting up another pic of Williams kissing a male on the head, with the caption “you know the vibes, wait that vibe different, get the strap.” 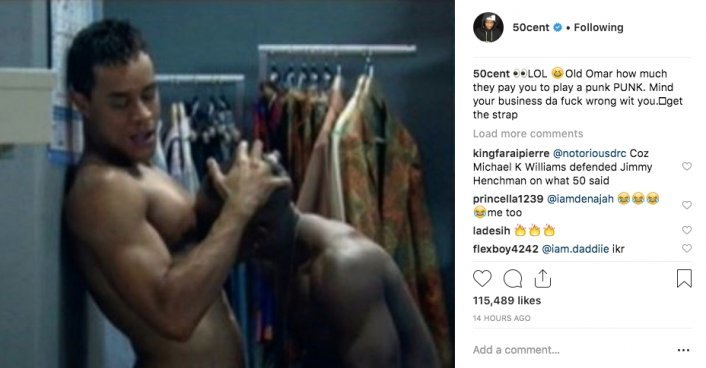